I was ready to write this post immediately after I finished the last one. I thought so anyway. Instead, God wanted me to write something that was the furthest from my mind and he knew I wasn't ready. So as God does so well, as documented time and again in the Bible, he prepared me. Thankfully, it was not as long as many Biblical preparations. Still having it take twice as long to sit down and knock out a blog and having this unpopular topic drilled into me, over and over, in a relatively short amount of time didn't exactly make for a great way to end or begin the year.

Fall, the Thanksgiving season, the Christmas season, closing out the old year, and bring in the new year all had on thing in common for my immediate and extended family. November, December, and ,yes, even January brought bad news; some in forms we could have never imagined. We have had major illness fraught with complications, job loss, a major relationship issue, a legal issue, and other income loss. This was, and still is, far from how any of us wanted this celebratory time of year to unfold. I'm sure we have all grown and learned during this time. It will do me good to ask my family what this time has taught them. For now, I will share what it has taught me. 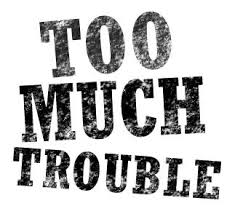 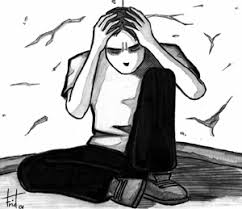 First, events like these either draws a family closer or rips it to shreds. It's not the event itself that does the pulling together or apart though; it's the responses of the family members to the events. Ours was drawn closer together. Heard of any miracles lately? How about the one two sentences back? All I can say is thank you to my loving Heavenly Father for that. It was none of our doing; especially mine.

Second, because one bad event after another is happening to a family does not mean God has lost control of their situation or abandoned them. To me, it was as if God was saying, "Do you still love and trust me?", "How about after another setback?", "Will your faith in Me hold after I allow this to happen too?", "What if I let the bad news keep coming?". And what came to my mind was how bad God let things get for His early followers before He intervened. Sometimes there was no intervention. God walked beside them to the bitter end and then commended them in the faith chapter. 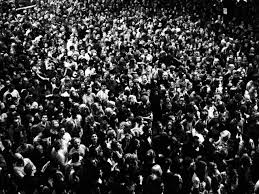 All these people were still living by faith when they died. They did not receive the things promised; they only saw them and welcomed them from a distance, admitting that they were foreigners and strangers on earth. Hebrews 11:13


"All these people" gets my attention. God knows their names. The Bible is not lacking for lists of long unpronounceable names. Why "all these people" in a chapter naming people of faith? When God doesn't list "these people" - You know there are a lot of people! Before and after there are names. Here they are a mass of faithful followers with one thing in common. They all knew God could rescue them and when He didn't they still proclaimed BUT IF NOT OUR FAITH IN YOU WILL NOT CHANGE until they drew their final breath.